The Portara of Naxos – A Wonder Defying Time in the Cyclades 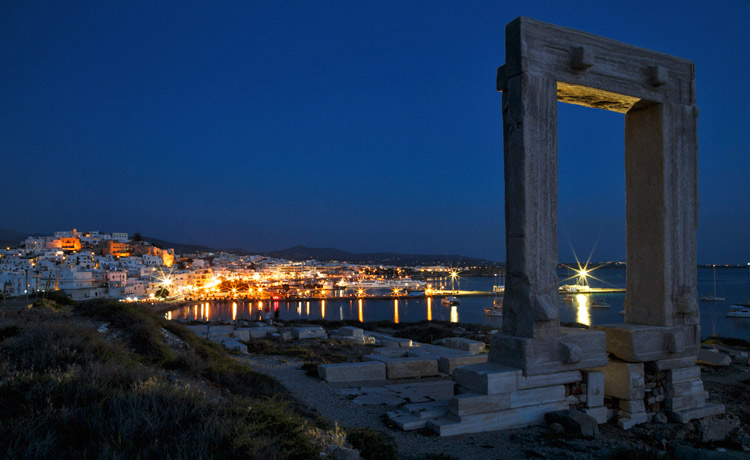 Famous for the massive marble gate that adorns the entrance to Naxos harbour (aka the islet of Palatia), the Apollo Temple, Naxos (also referred to as Portara, Naxos) is a sight definitely worth visiting. The imposing emblem and main landmark of Naxos comprises of four marble parts, each weighing around 20 tons.

Portara, Naxos is the single remaining part of a temple that was meant to be constructed for the worship of God Apollo in 530 BC but was left unfinished. However, the energy around this magnificent ancient spectacle is indeed overwhelming.

The History Behind Portara 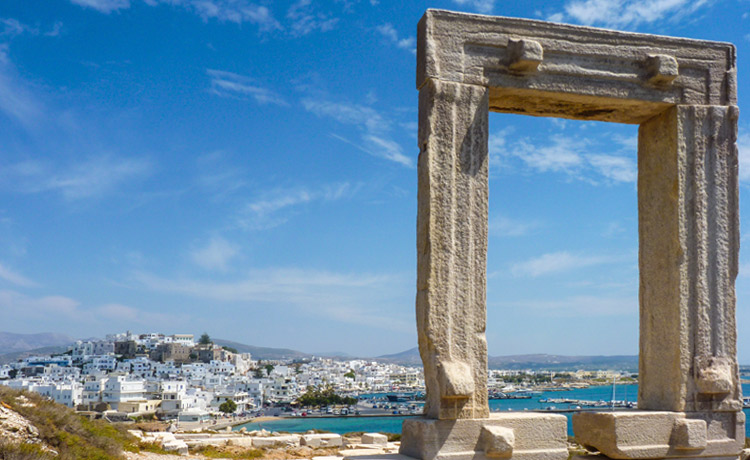 It is said that tyrant Lygdamis wanted to build the most magnificent temple in all of Greece, based on the specifications of the temples of the goddess Hera (constructed in Samos) and Olympic Zeus (in Athens). Some scholars believe that the temple was supposed to honour Apollo, the god of the Sun, Poetry, and Music, while others claim it was built in honour of the Naxos Greece patron and god of wine, Dionysus.

At that time, Naxos, Greece was at its peak of glory, and the temple measured 29m in width and 59m in length while its entrance was placed on the western side of the island (the direction of Delos island, which is the birthplace of Apollo) - unlike with any other east-facing Ionian-style temples. The total height of the Apollo Temple, Naxos, was estimated to be over 100ft, which was a colossal undertaking in the 6th century BC.

Portara of Naxos was never finished, though, because war broke out between Naxos and Samos. The works of the Apollo Temple, Naxos, stopped abruptly, never to be continued. On the ruins of the ancient site was built an arched Christian church in the 7th century (some historians claim it was the 6th century). Nevertheless, under Ottoman or Venetian rule (opinions vary), it was torn apart, leaving only the 20-ton doorway intact due to its huge size (nobody could steal it and repurpose its marble to build the fortress now called Kastro and other monuments). That is what has probably led Portara, Naxos, still standing to date! Luckily, a couple of hotels in Naxos Greece, are situated near Portara that allow you to visit the Apollo Temple and feel its unique magnetism, with Iria Beach Art Hotel admittedly offering the most exquisite experiences.

The Best Spot for the Most Idyllic Sunsets 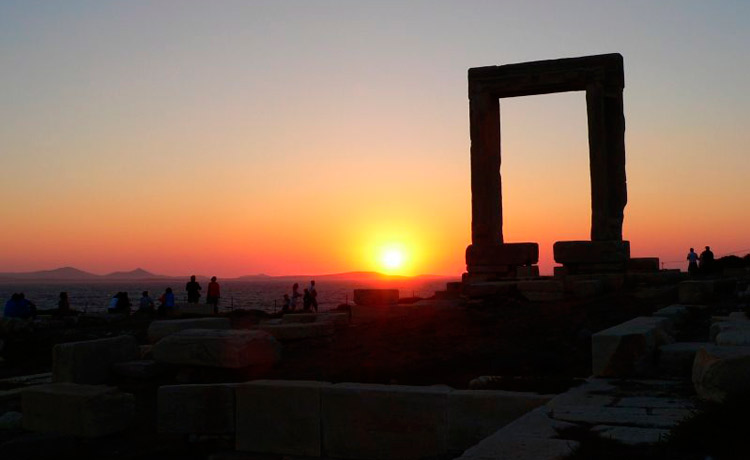 Portara, Naxos offers spectacular panoramas of the descending sun that colours the sky with a beautiful orange-red hue as it slips behind the horizon. No wonder nearly all Naxos Tours include a stop at the Apollo Temple, Naxos.

Without a doubt, the views of the Aegean Sea and the Mediterranean sky are simply heart-stopping irrespective of the time or day you step foot on this location. That is yet another reason why Naxos Greece is the ideal Greek island for honeymoon makers as well.

Other Reasons to Love Portara 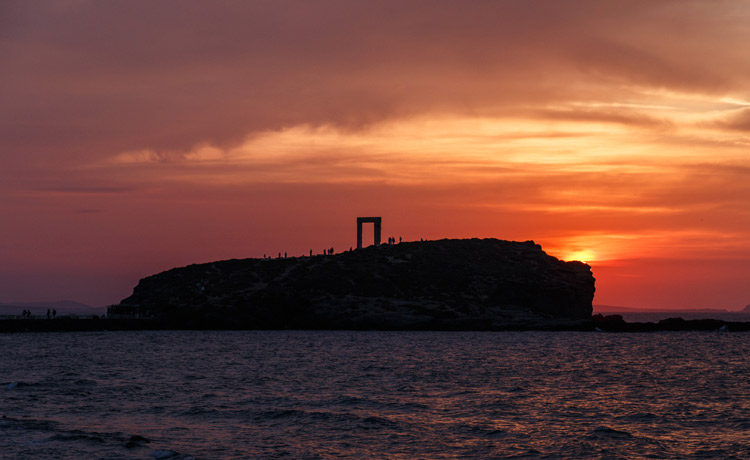 Besides captivating vistas, Portara, Naxos is also close to all the most popular beaches of Naxos and other important landmarks, such as the Naxos Castle.

Speaking of pristine locations, the heart-stopping Agia Anna beach is a short drive from Portara. This is one of the reasons why it is the perfect option among those seeking elegant beach hotels in Naxos – a list whose top spot is proudly occupied by Iria Beach Art Hotel for the exclusive, authentic, and private holidays it provides its VIP guests. 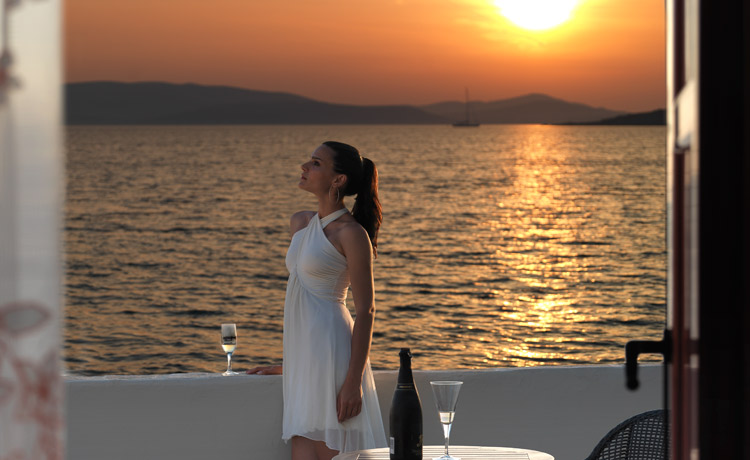 Naxos Greece is home to some of the most stylish and luxurious properties. With only a handful of the best hotels in Naxos Greece situated in the most elite neighbourhoods of the island, such Agia Anna, though, it only makes sense that Iria Beach Art Hotel is a top choice among discerning guests used to a lavish lifestyle. 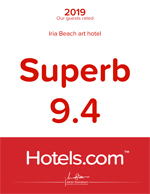